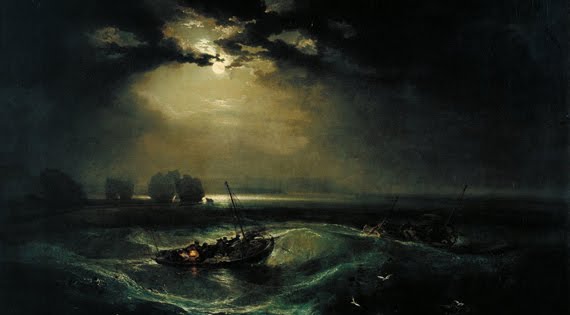 The latch, Hal thinks. Something as simple as the latch on the door.
He can’t bring himself to slide it home. To lock out the night; too final an action. It may be tonight, or any night. He’d always left the door unlocked. Always, when alone. Possibility, unbolted. But those possibilities are best left unnamed. Hidden in the fog, like the houses across the bay. He moves to the window, as if the view might have changed. Darkness, still. The hazy ghosts of spluttering dock-lanterns are the only points of light.