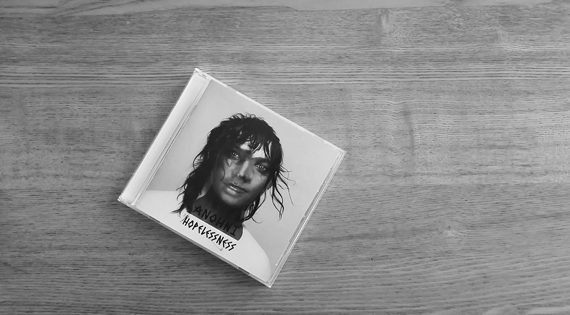 Years ago, I was introduced to Antony and the Johnsons when someone put Bird Gerhl on a mix cd for me. It was instant love. How could my heart break and mend simultaneously?
I entered a long period of obsessive listening to all the Antony and the Johnsons music I could get my hands on. This was a time when around 90% of the music I listened to was by female artists. When I found out that Antony (who now goes by her spiritual name, ANOHNI) was a trans-woman, I somehow felt reassured that my preference for the female voice hadn’t failed me. (I feel like I should say that it was surprising how long it took me to discover this. After all, ‘For Today I Am A Boy’ is none too subtle. I just didn’t piece it together).
Here was a unique singer/songwriter who spoke to me with a hauntingly expressive voice.
For nearly a decade she has been at the top of my most-want-to-see-live list. When we moved to Melbourne nearly four years ago, there were bill posters advertising Antony and the Johnsons everywhere, I was suddenly excited and started counting my coins until I realised that the show had been the week before we flew down.
Now – happy coincidence! – my next trip to Sydney for work coincides with the Vivid Festival (As it did last year when I got to see Sufjan Stevens! Amazing!). I’m so very excited about this.
Last Friday (a day I had been counting down to, literally) saw the release of ANOHNI’s album HOPELESSNESS. There had been two singles in the lead up. When I heard 4 DEGREES I found myself wanting to like it, but confused by its lyrics. Then the second single hit and I was enamoured. Drone Bomb Me is compelling, beautiful and confronting. I have listened to it repeatedly waiting for the album.
On the morning of the its release, the first thing I did when I got out of bed was check Spotify. Joy! There it was. It opens with the singles but, being true to its conception, I listened from the beginning. Again, I found myself shocked and confused by the lyrics, often paired with musical styles that wouldn’t sound out of place on the pop charts. It wasn’t until I read a review of the album on The Atlantic that I understood my conflicted feelings.
“She asks: What if Western society embraced, rather than ignored, the consequences of its comforts? What if the Top 40 openly rooted for climate change? Drone bombing? Capital punishment? Surveillance? These questions aren’t in the service of satire, per se. They are pointing out the uncomfortable obvious: If you support the system, you support what the system does.”
This is a protest album. One that highlights the flaws in modern society by serenading them. One that speaks all the more strongly against, by showing what it sounds like to speak strongly for.
This may seem like a tangent, but bear with me. This week’s episode of Gogglebox (a show which is a brilliant critique on society, despite what it appears to be) showed several households watching Keeping Up With The Kardashians. Many of those viewing it were quite vocal on how they disliked the Kardashians, how they were disturbed by their opulence, vanity and undeserved privilege and baffled at the vapid content of the show itself. Yet, almost all stated at the end how they loved watching it. Yes, perhaps this is not as dramatic an example as drone bombs, or capital punishment, but it is the same thing. If you believe the Kardashians are undeserving and haven’t done anything that warrants your attention, then do not give it to them. Ratings speak. Yes, you might be just one person, but turning your TV over (or off) is your way voice your opinion.
Just as your single vote contributes to the way the country is run.
HOPELESSNESS, to me, is simply a compelling reminder to be aware of what you are complicit in, or unknowingly endorse. The fact that it was released shortly before a double dissolution was announced has a poetic ring to it. There is an election on its way.

Maybe we should all ask ourselves: “How did I become this virus?” 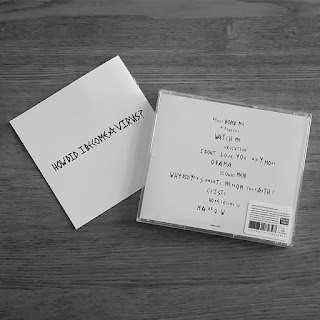