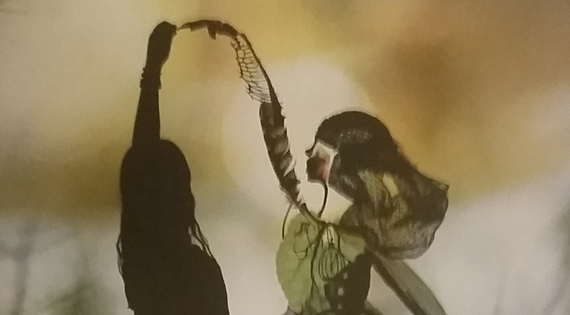 So this week something amazing happened. I mean, amazing for me, for you, it might barely be news worthy. But you’re here in my world, so get on the party bus!
I had my first ever publication!!! I don’t think I could overstate how happy it makes me.
Writer’s Victoria have been so helpful in my writing development with their writing courses and magazine, The VictorianWriter. They were also the organisation where the opportunity arose. And where my literary debut now resides.
They have a general call for pitches and a list of upcoming themes for The Victorian Writer on their website, and when I saw there was a ‘Writing for Young Adults’ one on the horizon I thought to myself, you know Michael, that’s what you do. So do it. 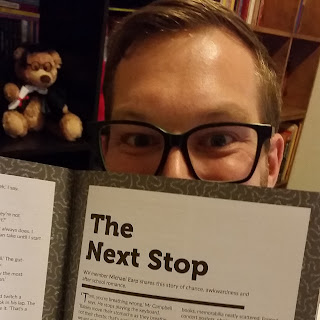 Now that the ‘In Print’ (!) version has arrived, I see that other authors (debut or not) submitted excerpts from the manuscript that they were working on. I must admit, that didn’t actually occur to me. My first thought was ‘I should write a short story and pitch it for this edition.’
My thinking was, I’d use the same voice, the same character, but set it before. Like a teaser. I thought of the scenario and bam, out came the first draft. Easy.
No, not so easy. After some very helpful feedback, I realised I was trying to put too much of my novel into this short story. Characters were name dropped left right and centre without enough context or resolution for it to work on its own.
So I pared it back. I reasoned, if this is set a year before the novel, then the characters and scenarios need not be the same (other than the main character). And it all became clear.
I felt like it was the best short story I’d written. And clearly, someone else did too (without having read any of my other stuff).
So here I am, in the world of publication. Yes, I might be making a big deal over a short story, but it is a big deal. I’ve been working towards publication for quite some time now, and this is a fantastic first step. It has given me confidence. It has made me feel like something I wrote was worth reading, but it also has encouraged me to write more short stories. I’ve been so caught up with my various novels over the last four or five years I’d not taken the time to explore what’s possible with short stories. And how they can be linked with and help fine tune the novel-length manuscripts as well.
Just this week I’ve written the first draft of another short story to which my partner read and said, “You’re getting so much better.” That’s how I feel. I’ve so much further to go, but I’m making progress, both personally and professionally. I’m itching to start on another one.
So why not ride the party bus for a block or two? 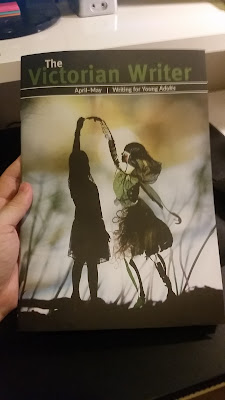 If you would like to read my debut short story, ‘The Next Stop’, you can contact Writer’s Victoria and buy their latest issue (April-May 2016). You can pay over the phone. And don’t just do it for me. There are so many other pieces in it that are great reading, especially if you are a writer yourself. You needn’t be writing for young adults. It’s all good.
It is all good.

So thrilled for you, Michael. Congratulations! You're enthusiasm is infectious! Looking forward to watching you body of work evolve. xo

Thanks Jen! You're a bit of an inspiration yourself, with your many fingers in many pies… 🙂