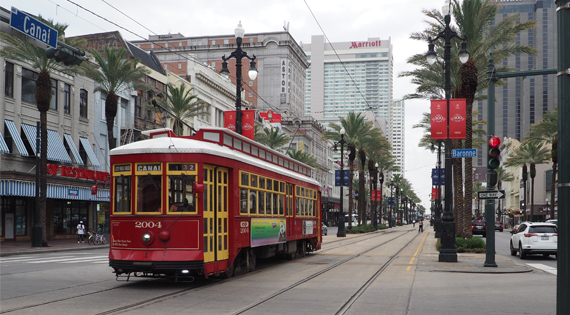 I’ve been meaning to expand on my trip to America for you all since I returned. The last I shared was the amazing news about landing myself a brilliant American agent! Now, I plan on breaking my trip down into its three sections in a bit more detail. There’s the American Booksellers Association Children’s Institute conference I attended in New Orleans, the two weeks’ holiday I had in New York City, and lastly, The Highlights Foundation Summer Week at the Barn in country Pennsylvania. Each of these I’ll dedicate a blog post to in the coming weeks.

Before going on, I want to say a heartfelt thank you to the Writers Victoria and the Myer Foundation who joined forces to establish the Neilma Sidney Literary Travel Fund. Without the immense privilege to be a recipient of the first round of grants. this trip, and all the growth and development that has sprung from it, would not have been possible.
The Children’s Institute is the annual conference put on by the American Booksellers Association. Its focus is the business of Children’s and Young Adult Bookselling. It’s attended by independent booksellers from across America, (with a couple of international visitors) and it quickly becomes clear how much passion fuels this industry.
It was a very different experience for me, compared to every Australian conference I’ve attended. For starters, here in Australia, I’ve met half the booksellers of Sydney, and practically all of the ones in Melbourne, especially if they’re children’s specialists. It’s hard to walk across the room without bumping into someone every metre or two who wants to say hi and catch up. At the Children’s Institute, there was only one other person attending who I knew, and because of the size of the crowd, it took some time before we even found each other. Mingling with strangers is not what I would class as one of my strengths.
The conference program itself was jam-packed. There were inspiring keynote speeches from Mallika Chopra, Chelsea Clinton, Temple Grandin and Angie Thomas.
Mallika made us think about the powerful force of intention and how we should do whatever we do with a sense of purpose. It was a great mindset to establish at the beginning. Chelsea stressed the importance of reading to children from birth. Temple described a world where children are given the time to explore science concepts in a liberated and concrete way, opening up their horizons and potential. Angie, closing the conference, laid it all down. If you’ve never had the opportunity to hear her speak, I’d keep your eye out for a chance.
When it came to the break out sessions, the choice was always difficult. Each time there were four options and I was constantly torn. In the end, I attended sessions on: holding large scale events, best practice in newsletters, building social media presence, planning successful book festivals, and booksellers and librarians working together.

We also were offered some more focused time with key groups. For example, at a ‘Reps Lunch’, while we ate, our tables were visited by Reps from different publishers in a speed-dating fashion where they had 5 minutes to run us through their key titles coming for the rest of the year. Another time we had bookseller and publisher focus groups where, in a similar way, publishers had 15 mins at a time to quiz a table of booksellers on what works for them, and what’s missing from the market, and what they wish publishers would do more often. But what surprised me as one of the most rewarding sessions, that I wished could have gone on much longer, was the bookseller to bookseller discussion group. Essentially, attendees were split into medium sized groups (maybe 30-40 to a room) of just booksellers, and led by a panel, an open discussion unfolded where everyone shared what worked and what didn’t. The variety in size of shop and scale of projects was great. The inspiration to try alternatives and reassurance that we’re on track was immense in equal measure.

Another joy of the conference was the chance to meet authors. Authors, authors everywhere! Some personal highlights were: Mac Barnett – so I could get a matching photo of when I met Jon Klassen a few years back. My new favourite graphic novel artist, Hamish Steele, who’s graphic novel Deadendia is just glorious and I’ve been hand-selling it left, right and centre since it was released. And also, just quietly, David Levithan, who I’ve long idolised and, due to him being so incredibly gracious, righted a grievous wrong that had befallen me. (This is another story entirely and if you know me in real life, I’ll tell you about it if you ask me.)

I also got to meet a Canadian Twitter friend with whom I’d exchanged thesis papers for feedback seven years earlier and we’d kept in touch! Serendipity was definitely on my side for this trip.

I could keep going on about the Children’s Institute at length. I won’t, I’ll wind it up there, but if there’s a takeaway point from this blog post, it’s that attending is absolutely worthwhile and I recommend it to booksellers anywhere. I also recommend acting with intent, like Mallika says. I set my mind to going and found the means to get there. Grant funding is a blessing that takes hard work to receive, so do the work. It’ll be so rewarding when you do.
As a bookseller, my life was greatly enriched by attending. In the next two blog posts you can read about how my personal life developed and how my writing life had a fire set under it.
It was a wholistic growth, that’s for sure.