What do YOU want to read?

I was browsing the YA section of a bookshop the other day (this is not unusual) and I was just looking for something to catch my eye and my imagination. I was feeling a bit uninspired by what was on offer. Not because there wasn’t a good selection, I was in one of my favourite stores for range. My lacklustre mood toward reading may have been brought on by the feeling that I currently have too much to read as it is. And by no means is there a lack of quality novels either on my to-read pile at home, nor in those that I haven’t even explored in the shops. But I still found myself staring at the shelves thinking that nothing was lighting a fire the way I wanted it to.

Then I had the thought, why don’t you write what you want to read?

I can see that this is the least practical way to get your hands on a novel, and that it’s probably a reaction that only someone who envisions themselves as an author would have. But I had it and it makes sense to me.

By this I mean in the world of writing there are so many mixed messages being sent out. Publishers need to see a market before taking a punt on something. Writers are thus often encouraged to have a market in mind when they’re writing. But more often than not, the ones that take off, or even if they don’t, the ones that are far more interesting are the ones where the authors will say in an interview “I just wrote it for myself” Or “I wrote it for the child/teenager that I was”.
So that led me to think, well, what is it that I’m scouring the shelves for and not finding? What would light a fire in me and have me renounce food, sleep and society until I’d read the last page? What DO I want to read?
This was a slightly exciting moment. Not because I’m going to sit and churn out a book overnight, but because it got me out of the headspace of ‘what’s the next thing that the market wants’ and into the ‘what do I want that is missing from the market’. It’s not a particularly large mental shift, but I felt it considerably. Because regardless of what the market wants, I want to want to write it, and how is that possible if I don’t want to read it myself.
So what is it I want? To be honest, I can’t say that market demand, and what the cool kids are reading has been a driving force for me thus far, but I’m glad to be conscious of it now. The books I’ve got in my head or working on at the moment are not likely to be dynamo best sellers, purely on premise. And that’s ok.
Last night I watched Edge Of Tomorrow. Other than the ending and one particular actor, I quite enjoyed it. But at the end I found myself thinking you never see gay characters as the lead roles in sci-fi films. Well, certainly not the big budget ones. And I thought, that would be nice, wouldn’t it? You don’t even have to make it a romance. Edge Of Tomorrow is a perfect example. Imagine (those of you who have seen it – and REALLY imagine those of you who haven’t) that Tom Cruise’s character was a woman. And that was the only thing that changed in the movie. You’d still get all the action adventure alien-ass-kicking that you paid your money for. In fact, I doubt you’d have to change a single word of the script. There’s an implied romance between the characters, but it’s more built through an essential comradery in saving the world than anything else. The single, brief kiss they exchange would not shock too many people. In fact those horrified at the idea could convince themselves that it was merely friendship, there’s nothing actually in the script to suggest otherwise. And think of the progress we would have made to have something with that big a budget and marketing for a (not-even) lesbian sci-fi action film (really, it would just be a 2 lead female sci-fi action film). But then the producers wouldn’t be able to use the drawcard of Tom Cruise dying repeatedly to draw back the customers they’ve turned off by casting him in the first place. 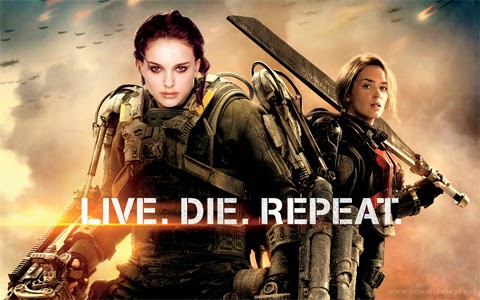 I think I’ve gone on too long about that movie. It was just supposed to be an illustration. But then this morning I came across this article about the state of LGBTQ representations in mainstream films in 2013 and it all came back to me. What I feel is missing the market; what I wish would happen in big budget films; and the way that affording a LGBTQ character ‘lead-role’ status is akin to marketing suicide. As if we are incapable of being the hero. As if we’ve got our indie films, so what does it matter, we’re on the fringe where we belong. As if we don’t even really exist outside of periphery characters. Why can’t a story be just as powerful but then have LGBTQ lead roles. Heterosexual people should still be able to take just as much out of it. After all, that’s what we’ve been doing our entire lives.
So, what is it that YOU want to read? What has been missing from your life when it comes to the stories you consume?
What if there was a LGBTQ something marketed to the masses? Would it really be such a shock? Could we really be on the edge of tomorrow? (I just had to throw that corny last line in).